An article on the records of Emanuel Moór, Ödön Pártos and György Kósa

Getting acquained with Emanuel Moór (1863-1931), one finds that the composer, who was thirty years younger than Brahms, approached the musical modernism following in Brahms’ footsteps. Even though it happens within the traditional, almost scholastic boundaries and under the artistic shadow, could still produce an original sound.

In the first movement of the sonata op. 22, the two instruments’ equality, the occasional dominance of the piano, the economical and purposeful thematic work and the emphasis on the modular elaboration, all demonstrate a tendency to follow the Brahmsian model. The same is true of the second movement, where, broadening the scale of archetypes, allusions are made also to a Mendelssohnian and Schumannian tradition of songs without words. The finale, on the other hand, oversteps the Brahmsian boundaries with a powerful dramatic shift; the theme evokes the tempestuous athmosphere of Wagner’s The flying Dutchman. This tempest calms down by the end of the movement - as if in the imaginary hero’s progress the gentle Brahms prevails over the passionate Wagner.

Further on in his sonatas Moór did not strive for an explicit break-away from Brahms. Even though the first movement of op. 53, through its thin structure and melodic emphasis, makes almost a salon music impression, the following Adagio with archaic harmonization and the finale’s Hungarian character serve again as references to the Brahmsian archetype. The same applies to the op. 76’s passionate first movement, to the funerial second and the baroque cello-allusion of the third. Nevertheless, we feel that Emanuel Moór breaks free from his voluntary bonds. This is indicated by both the roughness of the op.76’s opening movement – the piano line sounds like the orchestral compositions’s extract for piano –, and the ambition in all the three movements of op. 53 to soften the emotions that are about to break out from the chanson, choral and folk motives. Almost as if the composer would put the Brahmsian idea between quotation marks and would hence alienate it from himself.

Péter Szabó deserves credit even for willing to record these compositions. The value of his work is, however, much enhanced by the high quality of interpretation. He is sensitive in recognizing the shifts and modulations of emotion.. He is equally capable of producing a raw and vigorous sound and highlighting tunefulness. Adreinne Krausz reacts to the composer’s sensitive-withdrawing musical character perhaps even more delicately; not only does her performance show remarkable stability and ability to communicate, but also, she possesses a large scale of emotions. Through the interpretation of these two artists, Emanuel Moór’s sonatas for cello and piano become genuine discoveries. 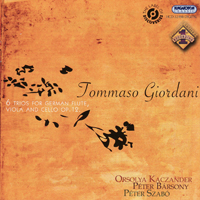 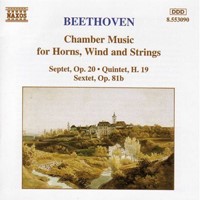 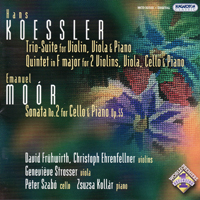 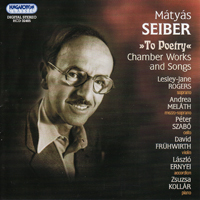 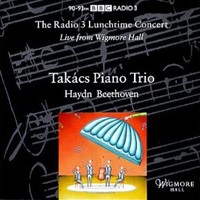